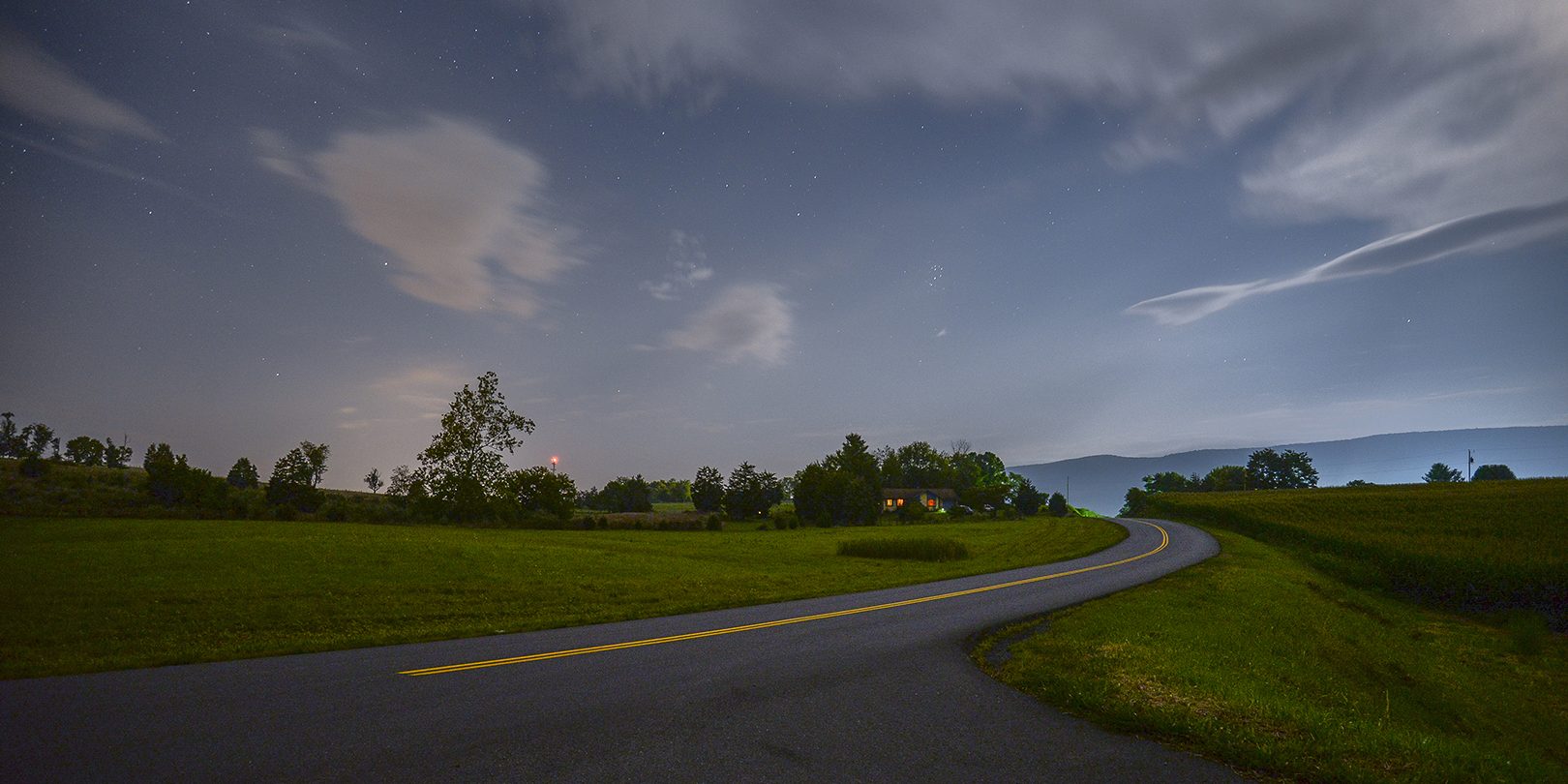 You know, it’s a real bummer when you have been excited about the opportunity to catch a meteor shower and then the night it happens, clouds are everywhere. This was the case for me a few weeks ago. Despite some needed traveling, the goal was to leave late and catch the meteor shower before heading home. Well, storm clouds once again tried to ruin the night by showing their big ugly faces.

My wife and I decided to just leave earlier than planned and we’d hopefully run into some clear sky along the route home. I was looking up at the sky basically the entire drive but I never really saw a spot that caught my eye for one and the clouds never really cut out enough to see much. But, about 1:30 am, my wife was fast asleep and suddenly the clouds had a pretty huge gap in them. I knew this was my chance, so I found a wide spot just off the interstate and started looking up. I was trying to set up camera stuff but in the meantime my wife saw at least five meteors before I could even see one.

Once I got everything set up and put together the camera, I was able to catch a couple handfuls of meteors, my wife saw another ten or so more. We ended up driving off the interstate and finding some country roads to venture down to try and find some darker areas. The clouds ended up making for some pretty sweet photos if you ask me, so it didn’t turn out so bad.

You can see some of my favorites from the night below. Hope you guys enjoy!