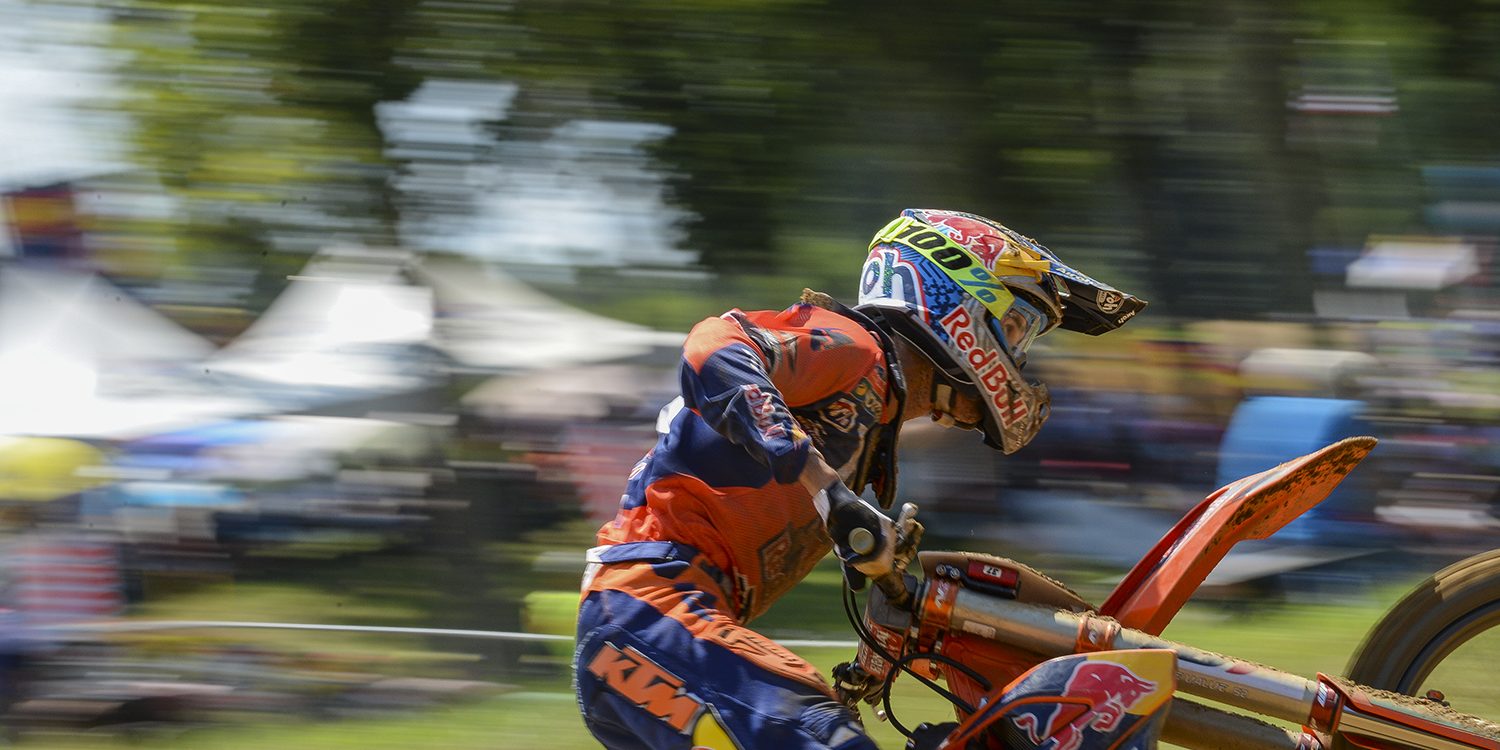 I’ve said it before and I will say it again, Budds Creek is my favorite outdoor round of the year. I just think that Budds Creek is the epitome of Outdoor Motocross. Natural hills, steep inclines, fast down hills, off camber turns, it literally has it all in my opinion. It’s not even just the track itself. It’s always hot as all hell for the Budds Creek National which, is another element I feel just represents Outdoor Motocross. This year was no different, with a temp in the 90s not to mention the humidity, it was a grueling day.
Adam Cianciarulo nailed his first ever overall for the day and Zach Osborne locked up the 250 title. It was pretty awesome to see Adam get his first win at Budds Creek. If you remember, this is where he made his pro debut and that day didn’t really go as planned. Adam is really finding his way with just two more moto’s left in the season. You could see he was riding like a man on a mission, and hearing him describe it at the post race press conference sent it home.
Adam said he was watching old Ricky Carmichael videos and he came in riding like Ricky. He even said, “that first moto, I thought, I will pass out and die before someone passes me.” It’ll be great for him to carry that momentum into next year for sure. It was actually really great seeing Zach gain his first championship there as well. He didn’t have a very good pro moto debut at Budds Creek either. Zach is owning things right now in the sport and will return to defend his SX title then move up to the big bikes next season for Lucas Oil Pro Motocross.
The 450 class will go down to the wire this weekend in Crawfordsville, IL for the final round. For now, I hope you enjoy some of my favorite shots from the weekend below.