The Adventure Series: Battle of the Nations 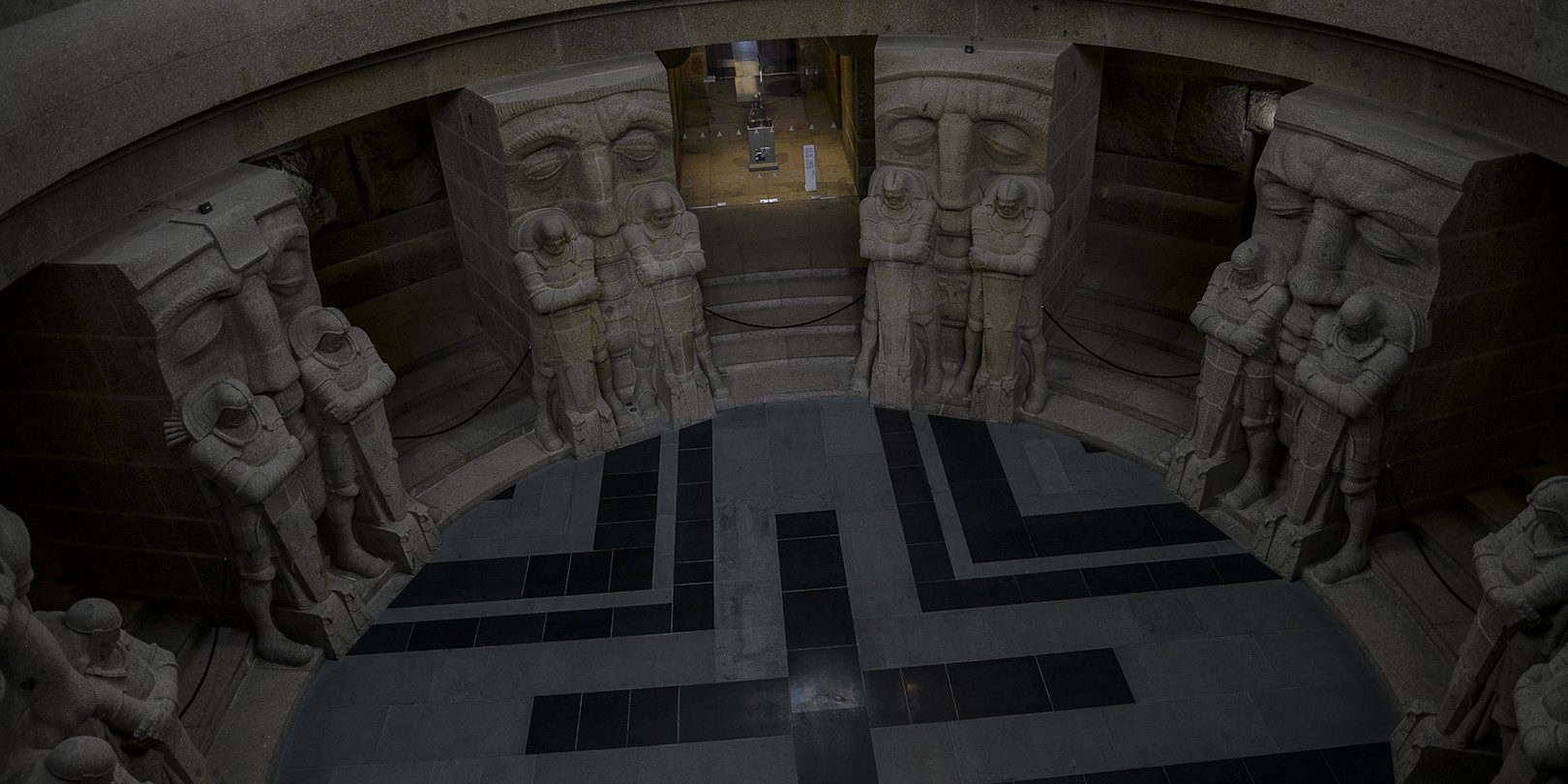 Well, here we were. The final full day of the trip. We set out to travel back to Frankfurt super early to head back to the U.S. the next morning. Just so happened that there was one more adventure in store. There was this Battle of the Nations monument thing in Leipzig that we decided to stop at. It was on the way so we figured, why not see one more thing before we go!

When you are walking up and looking at it it’s like..damn, this place is massive. I mean the thing is almost 300 feet tall..I think it’s also the pure size of the statues. That and the detail in them is unreal. To be honest, I was totally unaware of this battle but apparently the battle happened in 1813 and over 20 countries took part in it. The monument was placed there to commemorate the defeat of Napoleon. Which, was a big step forward in ending hostilities at the time. The monument itself is said to be placed in the spot of some of the most violent fighting. This spot was also where Napoleon called for the retreat of his army.

The monument was proposed almost directly after the battle. However, it took almost to the 1900’s to get the funding. It then took until 1913 for this to be dedicated as a national monument. Renovations then started taking place in the early 2000’s. They were actually working on it a little while we were there as well. Something with the pool in the front I guess. It would have been sweet to get some reflection pics of it but hey, what can ya do!

So, from the outside it looks so gigantic. But, the inside is just as gigantic and breathtaking. You can look straight to the top and the feeling once inside is very..dark. Just something about it feels very sober in the air. Maybe it’s the nature of the statues, maybe it’s the lighting, but you just feel so small once in there.

On the first floor, you have 8 warrior statues in the form of medieval knights circling the room with their heads bowed. Then, on the second floor with giant figures that are over 31 feet tall! The statues look like a time warp, like..something out of a movie. It’s hard to believe that they were made by human hands in the late 1800’s early 1900’s.

So, we decided to go all the way to the top to over look the city of Leipzig. Well, that and just to say we did it. I tried to count the steps on the way up to the top but lost count and I was not about to go back down and start over. You get kind of dizzy if you look at the ground while spiraling up, haha! However, I did look it up once we’d returned and there’s apparently 500 total steps and over 350 in the very narrow passage to the top.

Well, let’s get to photos shall we? It’s very hard to describe the overall feeling that you get when you are inside of the monument. But, I tried to have that feeling come across in some of the photos by keeping them very dark. That’s exactly how you feel, dark, a little sadness in the air. You also feel very small. With the floor to ceiling open style and the 31 foot tall statues, they definitely control the room. Anyway, enjoy the photos and let me know what you think in the comments!