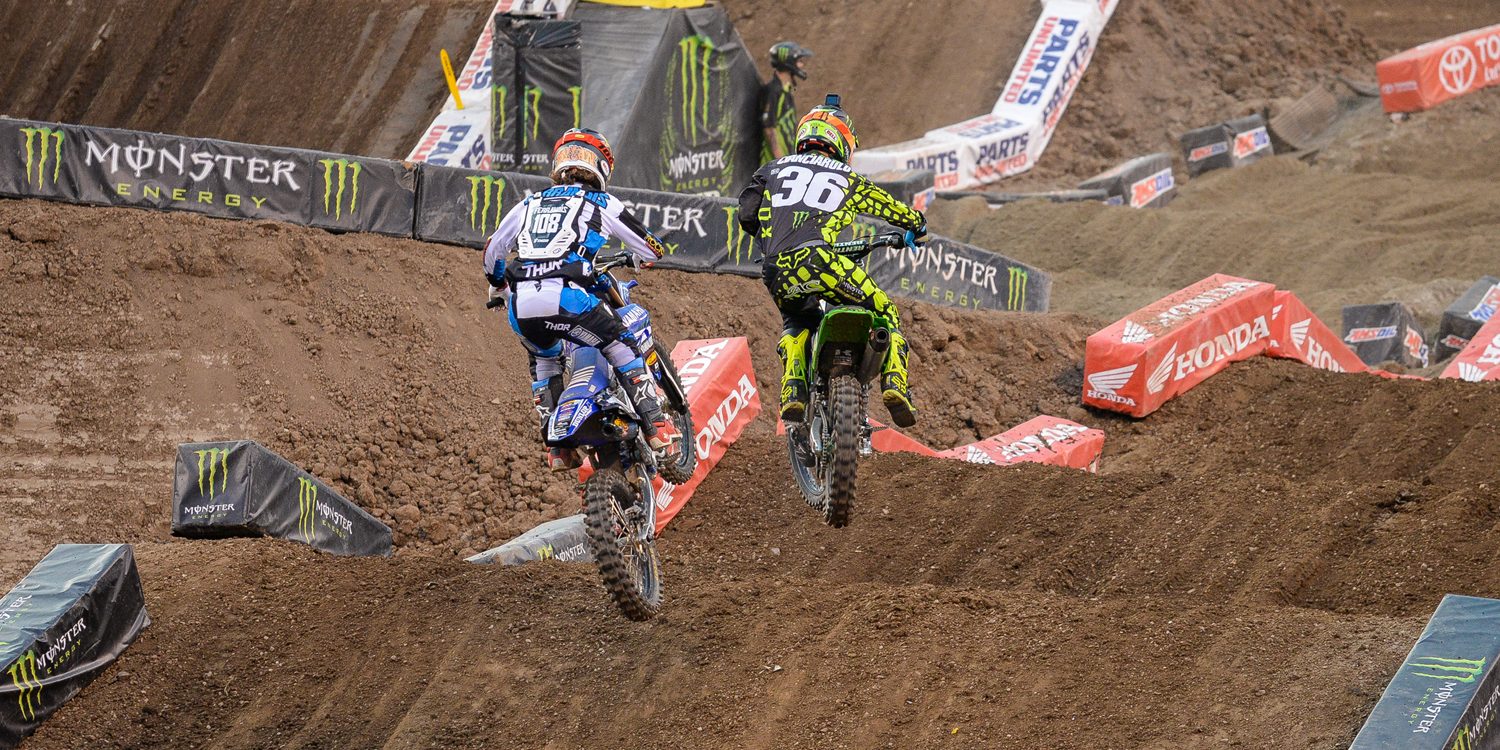 So, I took a trip up to East Rutherford last weekend for some Monster Energy Supercross! I had gone to Daytona earlier in the season but due to some shipping issues, my camera was absent for the trip. So, it was hard to resist making the “short” 5 hour drive up to Jersey. This championship battle was just too intense to pass up! Come on, this Dungey and Tomac fight? Does it get any better? Oh wait, the 250 East class is having the same madness! With of course even more chaos after the Joey Savatgy penalty from NJ, making it where any one of the top 3 guys has a shot going into Vegas.

The stadium atmosphere changes every year it seems like. I still think maybe they are adjusting to the Supercross events, haha. I don’t know, people still have no idea where to send you for  certain booths and what not when entering but what can ya do?! It’s still a fun time and while you’re trying to figure out where to go, you get to see all the sights so..it’s still a win! Also, I’m pretty sure it’s the only place where you spend 15 dollars on a sno cone! Yea, you read that right. Are any other sporting events like that? Let me know, I’m honestly interested.
New Jersey was big for a couple of reasons. I touched on it a little bit ago but both of these championship titles tightened up a ton in NJ. Joey Savatgy seemed to be cruising into Vegas with a fairly decent lead, small but a lead nonetheless! Then when he went down, he didn’t get back on the track where he should have and, man, did it cost him. The AMA moved him 5 spots back in the finishing order which gave Jordan Smith the lead and then put him, Savatgy, AND Osborne all within ONE point of each other. You talk about a tight series. My palms are already sweating just thinking about it.
Also, by now everyone knows what went down on the last lap with the KTM crew. But, here’s my tiny blog two cents. I’m fully aware of “Team Orders” and the history of them happening and that they want to win the championship for KTM, Sponsors, etc…. I get it. But, I just think it was handled terribly. If Dungey had been clearly faster, and was being held up by Marvin…sure…maybe move over and let him by. Marvin had that win, faked a “cross rut” and he let him around in my eyes, plain and simple. At the very least, own up to it as a team. Instead they chose to play it off like Dungey took the win due to that mistake, which is crap.
If you’ve watched any of the Press Conference stuff for Vegas, you’d see that Tomac has laid his thoughts out pretty clearly on the matter stating: “If you want to take that home and sleep on that at night knowing that someone pulled over for you, then it is what it is.” Only thing I can say for sure is that Vegas SX is going to be one hell of a night with some serious racing and points on the line. No matter the outcome, I love all the riders, I just want to see good solid racing to the finish.
SO, finally, here are some of my favorite shots from the evening. Enjoy!