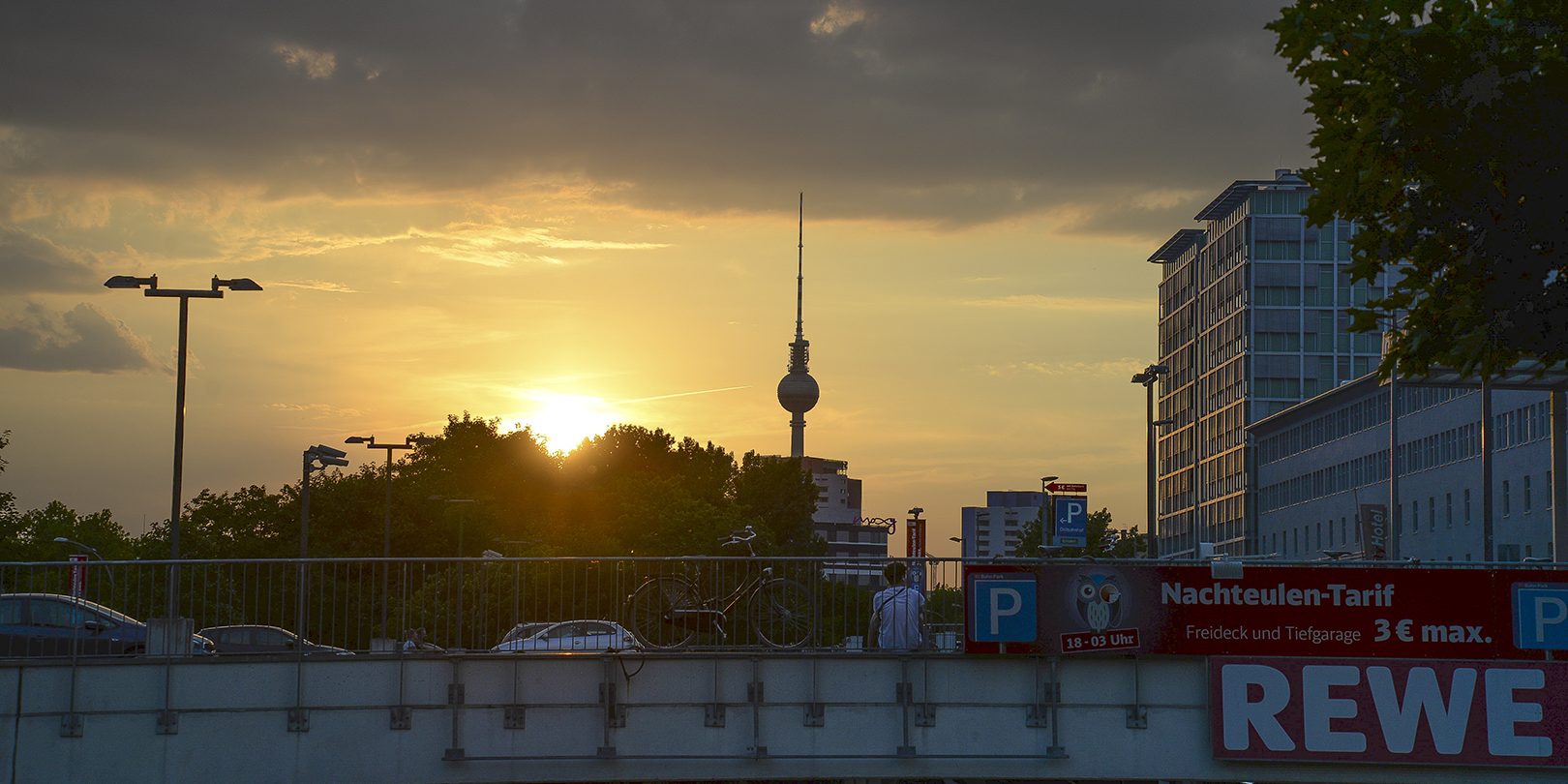 Berlin. A place I’d always heard of and thought it would be cool to visit. When I found out that we were going to be adventuring there I was a little excited and a little nervous all at the same time. Huge cities just aren’t exactly my thing. I had visited New York once and I just absolutely hated it. It was cool to see so many of the things you hear about and see all the time in movies, etc. But….other than a little site seeing, nothing about it was fun. Plus, it must’ve been trash day or something because it stank to high heaven and trash was piled up everywhere. Won’t even go into the traffic and what not because..well…this is about Berlin!

So anyway, heading into the day I really didn’t know what to expect. We decided to park a little ways outside of the city and use the train to get into Berlin. I was pretty glad because we would have been driving around forever trying to find something after seeing how crazy things were in there.

We made it in and from here on out it got pretty gnarly and nothing really went to plan. (One reason why I’m not a huge planner) We get into the city, and we go see the radio tower which is like a staple in Berlin. That was pretty awesome to check out, then we walked through and saw the city hall and some rad fountains. Which, if you knew me, you’d know that I thoroughly enjoy fountains. I don’t know why…something about the water is just relaxing. When I lived in the Washington, D.C. area I would go into the city and sit at the World War II fountains just to relax. Again, I digress.

After we got going again, we decided to get on a bus to get to the next spot because there were just so many people and it was actually quite a ways to walk. Little did I know, the buses do not have A/C in Berlin. Also, this was apparently an oddly hot season for Germany and let me tell you it was insanely hot that day. I thought..fine, the bus has windows and what not, it’ll be fine with a little breeze. We get on the bus and it moves maybe 800 feet and suddenly we come to stop. I’m like cool, just a red light, no biggie. Light turns green, we don’t move. Light turns green again, we still don’t move. See the pattern?

At this point it feels like we are basically in a sauna with wheels. I look out and realize that traffic is being blocked by other cars, we then begin to hear police sirens. Like a lot of them. Great, right? The police roll up and block the street that we are sitting on. It’s at this point we decide to get off the bus because it was just becoming unbearable and we obviously weren’t going anywhere. Meanwhile, the police just kept coming. Then what looked like swat teams began rolling up..then more police. I’d never seen this many police cars, vans, buses, trucks, swat in one place. They were basically shutting down the city with us inside of it.

We’re out of the bus and we just start walking, the police don’t seem to be to concerned with the people in the street though. They were just trying to park the 10-15 police cars on every street we went passed. It was honestly pretty odd. We were just trying to make our way to the Brandenburg Gate, which in these days is linked to things like freedom and peace. The gate is pretty iconic from what I knew and have read with so many images of the thousands of people celebrating at the gate as the Berlin Wall fell. Getting a little ahead of myself though..

Anyway, we finally came across an officer on the walk that was standing there not in the middle of something and so we asked him what in the world was going on. Apparently,…they were shutting the city off because there was about to be a Nazi march of some sort. So….there was that. That was great to find out… We decided to keep it moving, check the gate out and get going before this “march” started. Where we were at the time was sort of the last place I wanted to be when it started, hahah.

Now to the Brandenburg gate. It was actually pretty surreal walking up to and through it. This was literally where the Berlin wall was…the German divide. We literally walked past points where, in the correct time frame, would have been bad news for us. Pretty crazy to think about.

After leaving the Brandenburg gate we went on to check out the Reichstag, which is basically the German government building from what I understood. It was built many many moons ago, had suffered lots of damage over the years but they restored it and moved the Parliment there too. It’s also said to be one of the most iconic landmarks in Berlin. That was definitely cool to see. After we left there, we really just spent a lot of time walking. You couldn’t go anywhere near the city center because of the police so we walked around in the hot sun for hours and then decided to call it a day as the sun was setting. As we were walking though I decided to practice my traffic photos and shoot pictures of cars driving past us.

Found out that some people really don’t want a picture of their car taken too! No really, someone literally turned around, came back and had me delete the photo. Which was whatever, it’s not like I cared either way. But that was just another part of a crazy day in Berlin. Overall…the city itself was awesome really. I loved seeing the history, seeing things I’d never seen before, and got to walk around Berlin. But, I still can’t help that I’m just not a big city fan.

Hope you enjoyed reading my Berlin post and if you made it this far, thank you! Seriously, you took the time out of your day to read about my travel shenanigans. I’ve put some of my favorite shots from the day below, and I’m sure I missed so much more detail and stories but this is getting pretty long as it is. Until next time, peace!